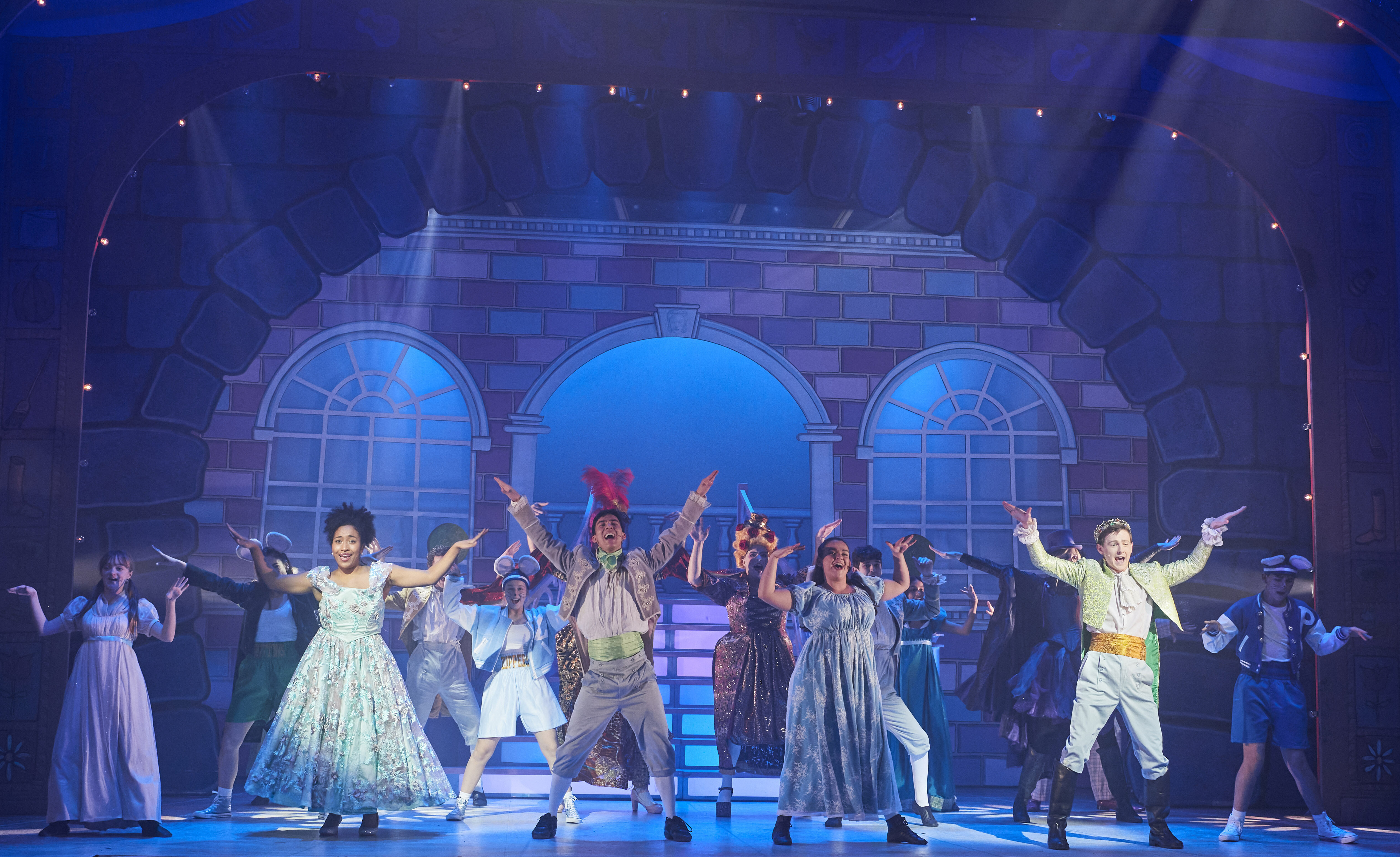 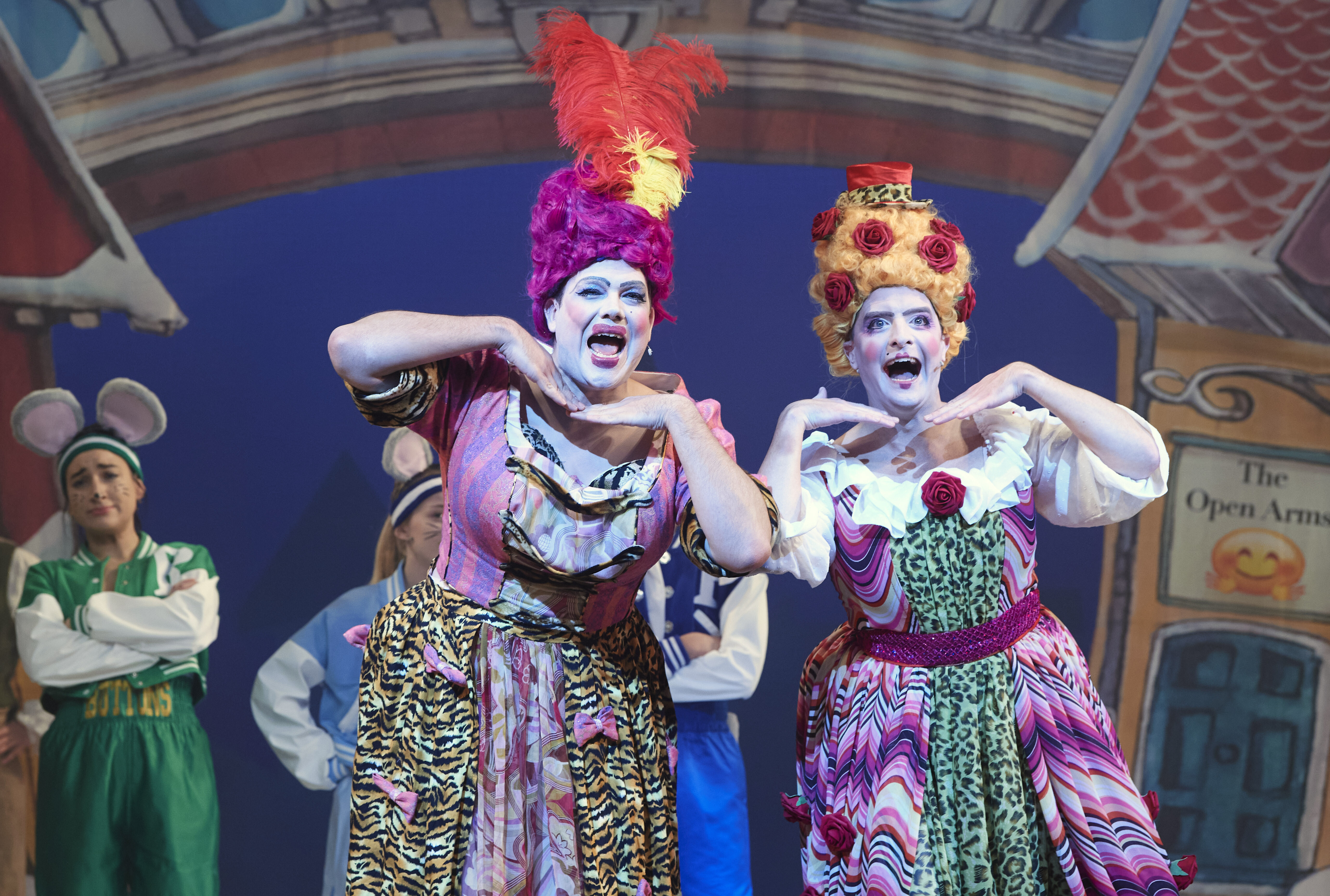 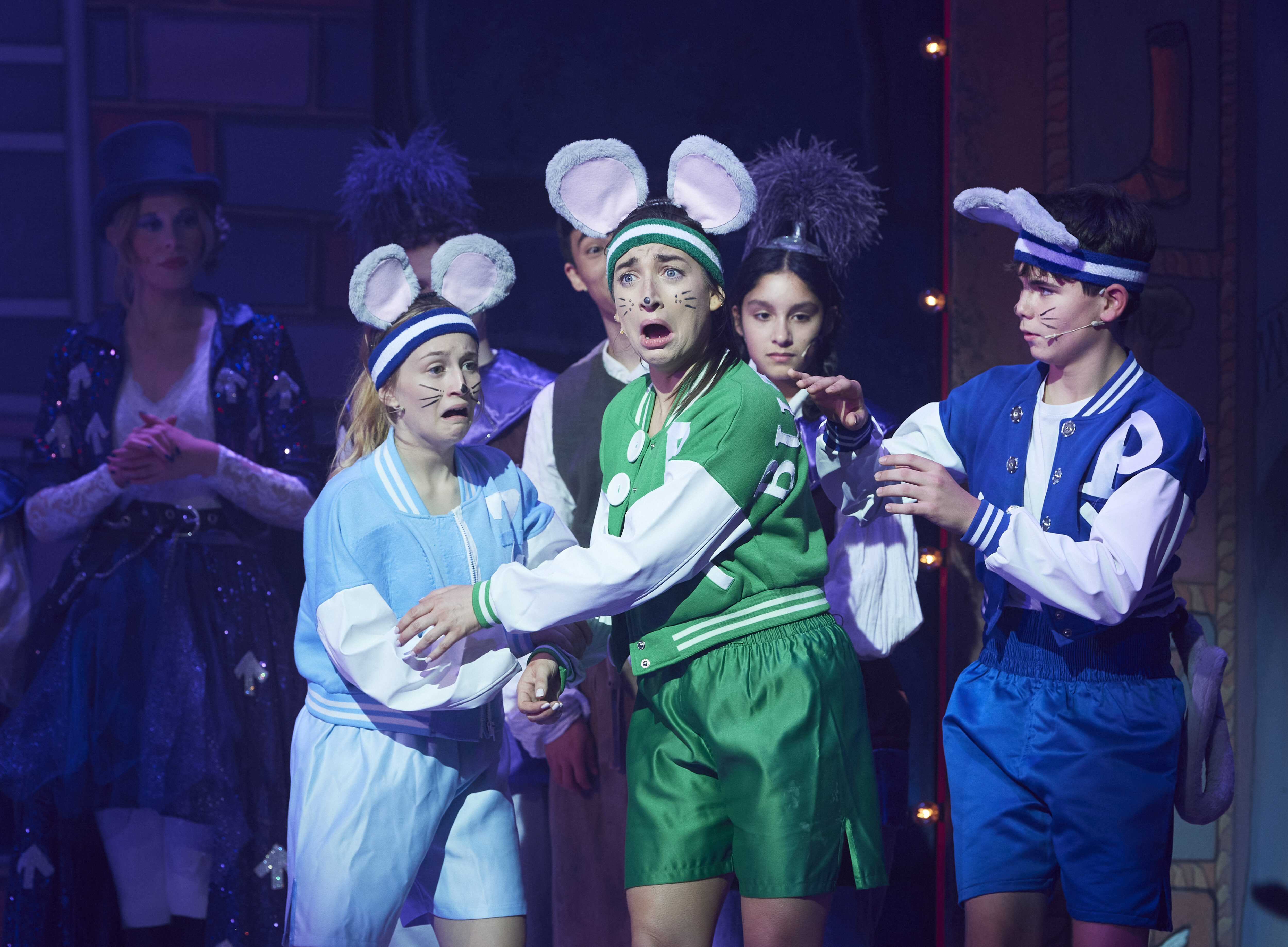 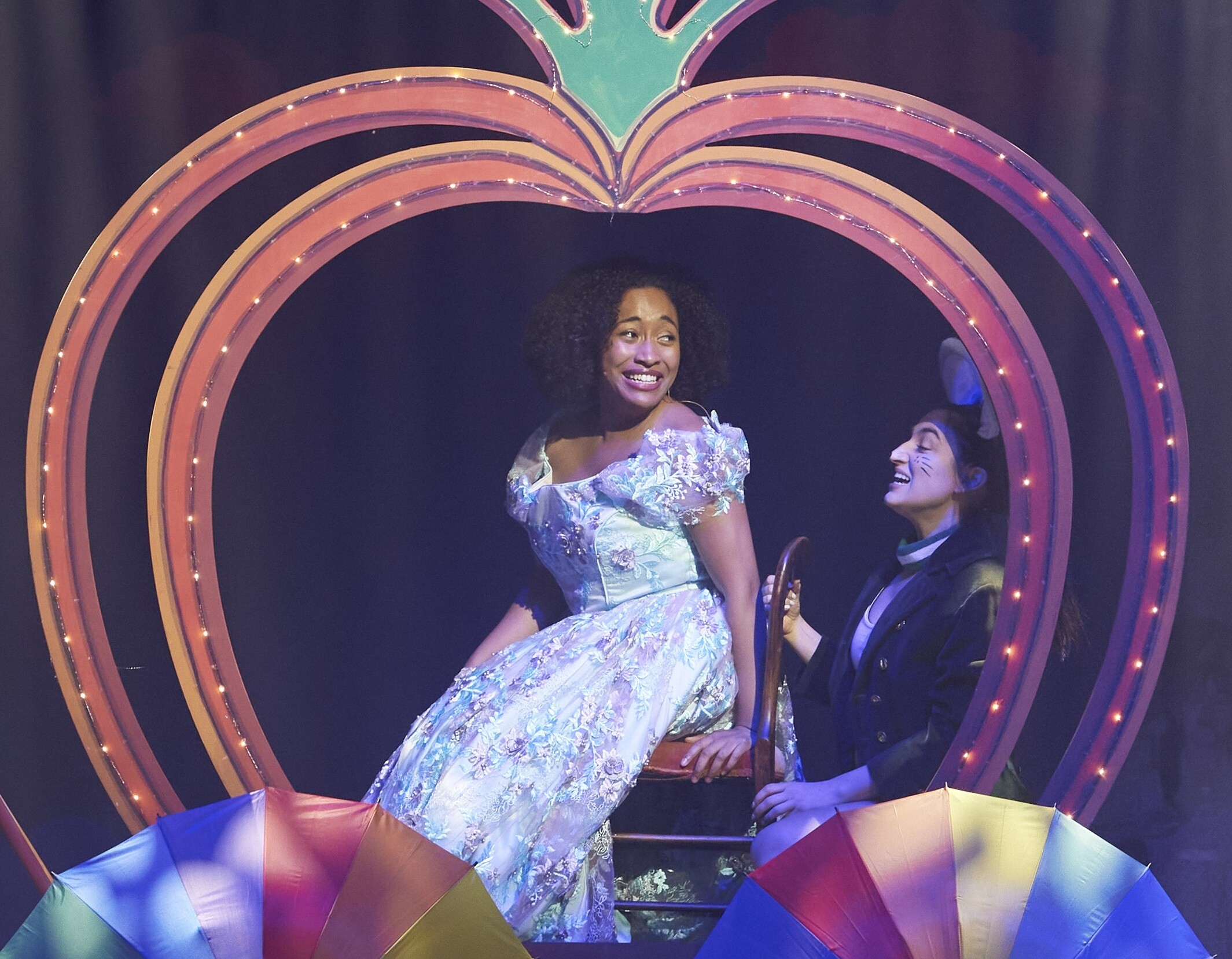 Festive sparkle and infectious laughter are in the air, with this year’s Oxford Playhouse Pantomime, the magical Cinderella, now playing on the main stage. A magical and joyous ensemble production, Cinderella is directed by Toby Hulse, written by Anna Nicholson and Bobby Goulder, and is now playing until Sunday 8 January 2023.

The handsome but hapless Prince Charming has finally left university and come back home to the Kingdom of Ox. He’s ready to take on the crown and he’s looking for a wife. His ‘loyal’ Deputy is there by his side, but the devilish Dandina has plans of her own. She’s determined to become Queen herself, whatever that may take...

Meanwhile our feisty Cinderella is busy bringing justice and freedom to the people browbeaten by Dandina’s outrageous tax on singing, If only her awful sisters would give her a break from running around after them all day and night! Can the mysterious shape-shifting Fairy make sure that true love wins through and help our heroes to stop Dandina’s wicked plans?

The panto ensemble is comprised of a core team of fantastic professional actors and two brilliant Young Companies featuring local young performers hand-picked through a competitive auditions process. The main cast includes: Priscille Grace as Cinderella, Connor Wood as Prince Charming, Robin Hemmings as The Fairy, Philipa Carson as Buttons the Mouse; Alice Marshall as Dandina; Daisy Elwin and Emmanuel Duarte as Ensemble; and Alasdair Buchan and Roddy Peters as the ugly sisters Bellina and Smellina.

Writer, Musical Director & Composer Bobby Goulder returns for his fourth panto at the Playhouse. A BA Music graduate of Magdalen College Oxford in 2015, Bobby has since worked on music for theatre, cabaret, concert, radio and television including at the Royal Albert Hall, Westminster Abbey, London’s National, Garrick, Fortune, Soho and Almeida Theatres, and tours of the UK, Australia and New Zealand. He spent the 2020 lockdown period creating personalised song requests to raise money for various charities, a project that was featured on BBC News and BBC Breakfast. He recently appeared live at Audley End House as a featured soloist and accompanist with the NHS Chorus-19, Russell Watson and the RPO. In the studio Bobby has worked with Decca Records, Universal Music Group on albums featuring Gareth Malone, Craig Armstrong, James MacMillan and others.

Anna Nicholson is an award-winning writer and performer, specialising in writing all age comedy and scripts for young audiences. In 2021 she co-wrote and starred in series one of The Adventures of the Juniper, a children's sitcom set in space. In 2020 Anna was a sketch writer for CBBC's Crackerjack and was short-listed for BBC's Caroline Aherne Character Comedy Bursary. Anna has written and performed two solo character comedy shows Woman of the Year and Get Happy. Her debut show was developed with Soho Theatre Young Company and BBC's James Cary (Miranda, Bluestone 42). These shows toured the UK, enjoyed sold out runs at the Edinburgh Fringe and were transferred to international festivals including New Zealand and Adelaide Fringe where she won a Best Comedy Award.

Tickets are priced from £15 and are available from the Box Office on 01865 305305 or book online at www.oxfordplayhouse.com